Out of our four tents, Fontres is the most adventurous one. Mainly because it has one very special advantage: it can be transported on a trailer, which makes it easier (and faster and cheaper) to build up and take down this Fountainbar.
That is why Fontres has seen Perth, Edinburgh, Barcelona and Manchester. This Fountainbar has a warm, inviting appearance with water elements. After the sun sets, these elements light up with blue colors. It has standing tables built in around the bar, which make it a great place to hang out. Finish up with some benches places around it, and voilà: you’re ready to go.

Back to the other Fountainbars

Take a look at our other bars 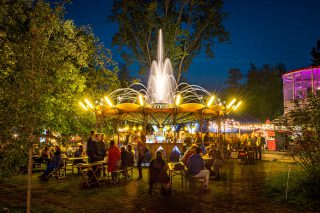 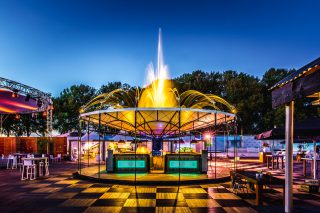 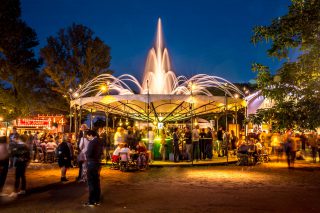